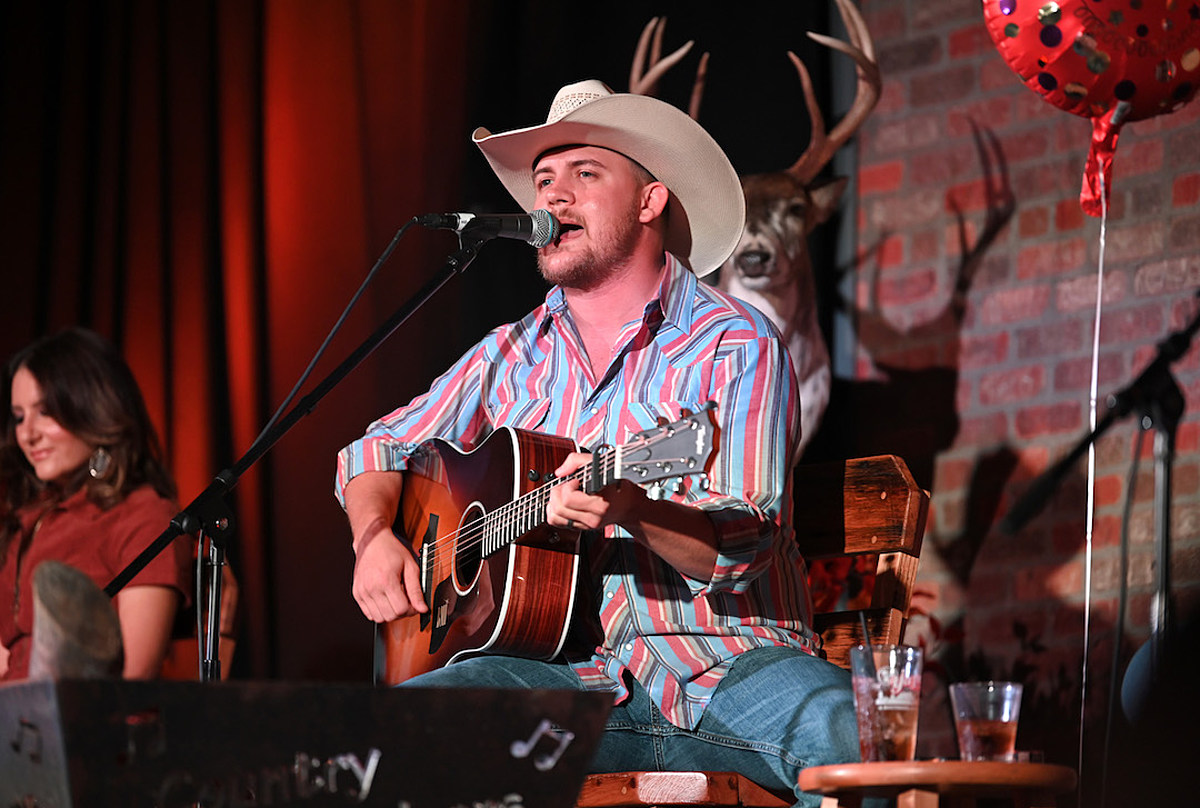 Drew Parker‘s major-label debut single, “While You’re Gone,” is also the title track of his newest EP. And while it may be the first time many country fans are hearing Parker’s voice on the radio, it’s unlikely to be the first time they’ve heard his words: He’s a seasoned songwriter who helped create “Homemade” for Jake Owen and “1, 2 Many” and “Forever After All” for Luke Combs.

Parker co-wrote “While You’re Gone” with another familiar name: Jameson Rodgers, who scored a No. 1 hit with “Some Girls” in June of 2020. As fans might expect from an artist who has collaborated with Rodgers and Combs, Parker delivers full-throated, traditional-leaning, uptempo country music in his first single.

“While You’re Gone” is a twist on a classic heartbreak song. It follows the story of a guy who’s left alone drinking a beer, waiting for his ex to realize what a terrible mistake she’s made and return to him. While it’s clear to the listener that the woman in question is probably never coming back, the guy in the song seems content to linger — at least for a little while — in the delusion that his breakup is only temporary.

Fans of ’90s country will find a lot to love about Parker’s barrel-chested musical stylings and emphasis on storytelling, and he’s already proved that his brand of country music translates seamlessly to a live show. Prior to the COVID-19 shutdowns in early 2020, he served as an opening act on Combs’ What You See Is What You Get Tour.

Did You Know?: In the spring of 2021, Parker hit the road for a string of dates with fellow up-and-coming country traditionalist Cody Johnson.

I’m sitting on a tailgate by the lake watching the sun go down / And this Lucky Strike buzz got me betting you’re missing me bad right now / I ain’t heard from you now or seen you around in two or three weeks / Hell, I can’t tell if the joke’s on you, girl, or if the joke’s on me

Yeah, while you’re out there looking for some kind of brand new start / I’ll just be kicking it with this BP PBR /  You’re gonna come back with your bags packed missing me ‘fore too long / So I’ll be right here drinking a beer, baby, while you’re gone

I bet them city lights in your eyes look so damn good / But they don’t hit ya, nah, they don’t fit ya like Main Street would / Yeah, I wonder if you’ve seen that green grass wherever you’ve gone / Is it everything you wished for but just too far from home

Yeah, maybe you’re headed back, driving fast, missing me like hell / Or maybe you really are long gone and I’m just fooling myself / Baby, it’s hard to tell

I’ll be right here drinking all this beer, baby, while you’re gone…

How Well Do You Know ’90s Country Music?

DaBaby “Waitress”
Sonic The Hedgehog 3 Has Taken A Gold Ring-Worthy Step Forward
Russian Persecution is Driving Slaughter to Prevail to America
Beyoncé calls Madonna a “masterpiece genius” in thank you note for ‘Break My Soul’ remix
Guitarist Richard Shaw: “It Wasn’t Fun Anymore” to Play in Cradle of Filth