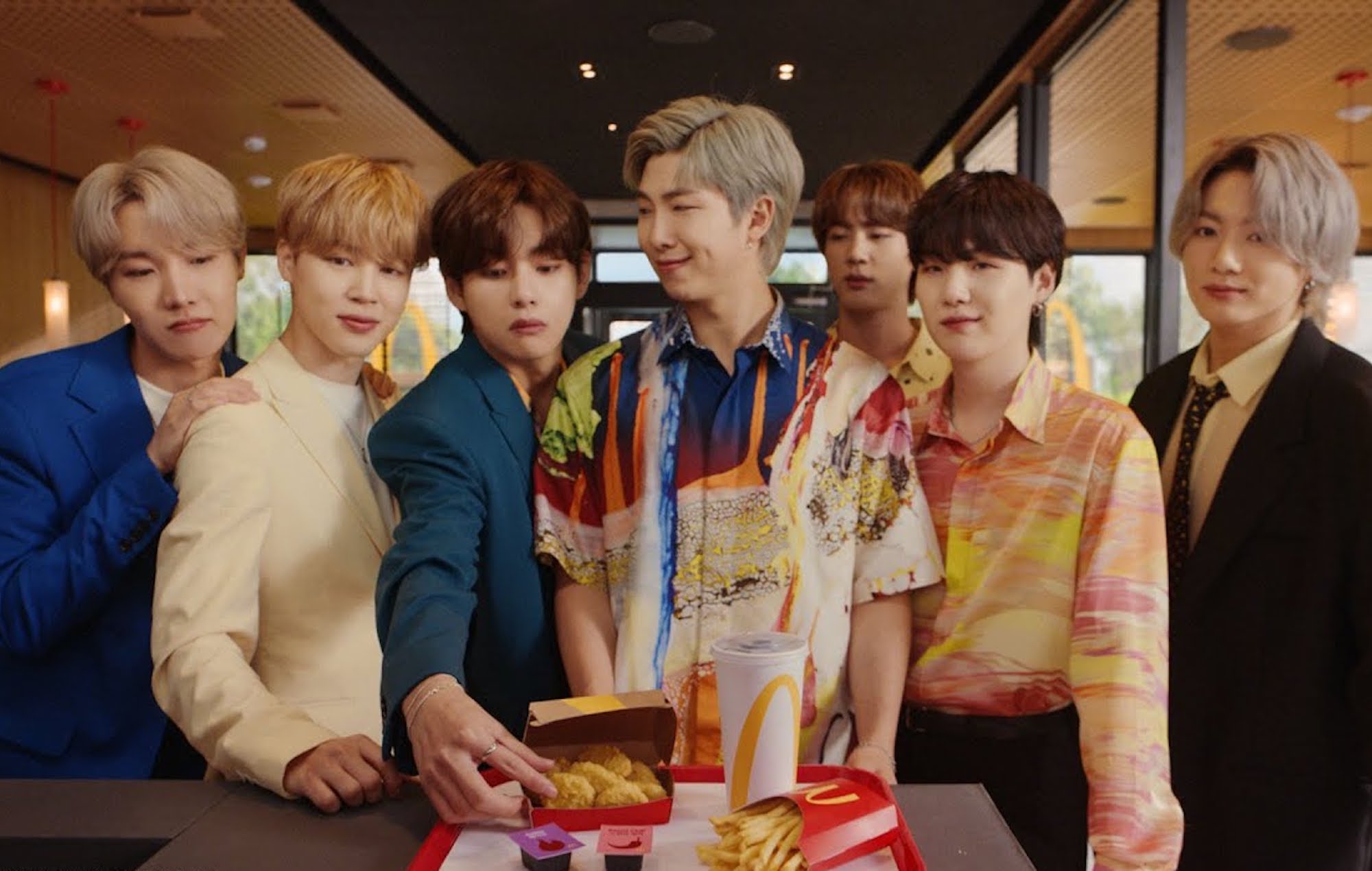 BTS have launched their own McDonalds meal in the US, Canada and South Korea.

The campaign, which was initially teased last month, follows recent link-ups between the fast food chain and artists including Travis Scott and J Balvin.

Launched on Wednesday (May 26), The BTS Meal includes a Coke, medium fries, 10 Chicken McNuggets and new sweet chilli and cajun sauces, which are “new limited-time sauces picked by BTS and inspired by McDonald’s South Korea”.

The meal will be available in 49 countries in total, including the US and Canada but not the United Kingdom.

See a promotional video for The BTS Meal below.

In the wake of the meal’s announcement, a Malaysian government official has called long queues for the meal “dangerous” and “embarrassing” as the country and its medical frontliners battle record numbers of coronavirus cases.

In a Facebook livestream yesterday (May 26) – the same day the anticipated meal was released – Sibu Division Disaster Management Committee (SDDMC) coordinator Dr. Annuar Rapaee claimed he received messages from frontliners who were “very upset” by photos of Malaysians not practising social distancing as they lined up for their BTS meals.

Elsewhere, the band have shared a new “hotter remix” of their recent record-breaking single ‘Butter’.

Just one week into its release, ‘Butter’ broke several new records for BTS, including five new Guinness World Records. The video for ‘Butter’ racked up over 108million views on YouTube within a day of its premiere and became the most-viewed YouTube music video in 24 hours.

The single also garnered over 11million streams on Spotify in just one day, beating Ed Sheeran and Justin Bieber’s 2019 track ‘I Don’t Care’ as the most streamed track on Spotify in the first 24 hours.

Reviewing the song, NME wrote: “The life we once knew still might not return to us this summer, but at least with ‘Butter’ it assures us that the “new normal” doesn’t have to be bleak and boring. It’s still too early in the year to call a definitive Song Of The Summer, but BTS have already set the bar incredibly high.”