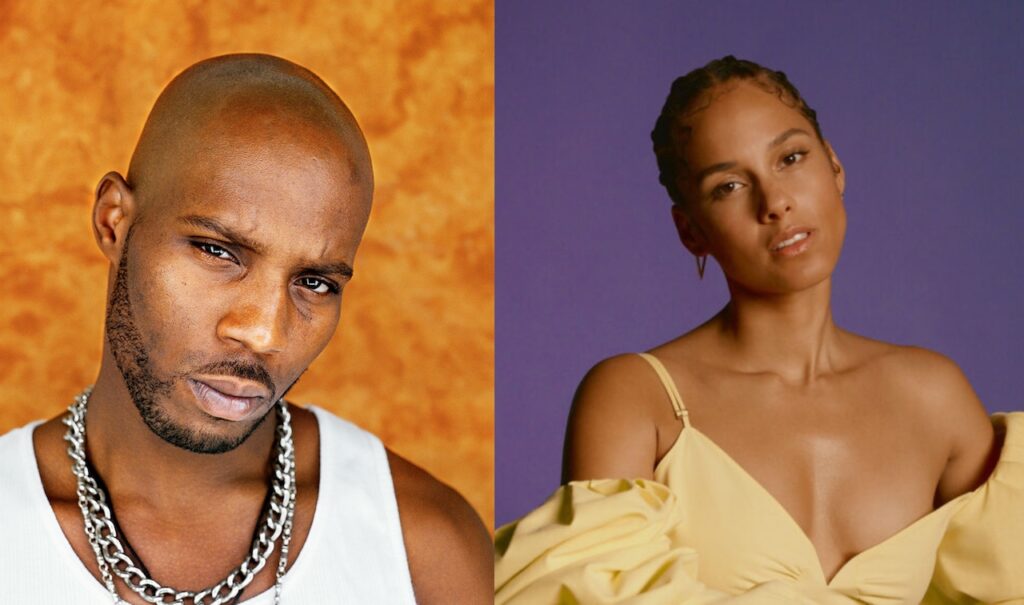 In April, rap legend DMX made his untimely transition, leaving behind adored loved ones and an anticipated comeback album titled Exodus. Today, the LP arrives posthumously with an all-star lineup of collaborators, from U2’s Bono and JAY-Z to Nas to Lil Wayne.

Alicia Keys is another big name on Exodus, featured on “Hold Me Down,” a favored inspirational song where the established rapper barks at the door of doubt as he walks the straight and narrow path. She blesses the chorus with her power chords, singing lyrics like “I’m so grateful” across the buzzing production laid down by Swizz Beatz.

Recently, Keys took the stage at the 2021 Billboard Music Awards to celebrate the 20th anniversary of her debut album Songs in A Minor. Revisit the medley here.

In June 2022, Keys will kick off her world tour to support her most recent album ALICIA. The LP, ranked one of the Rated R&B’s best R&B albums of 2020, includes the Khalid-assisted “So Done” and the heroic “Good Job.”