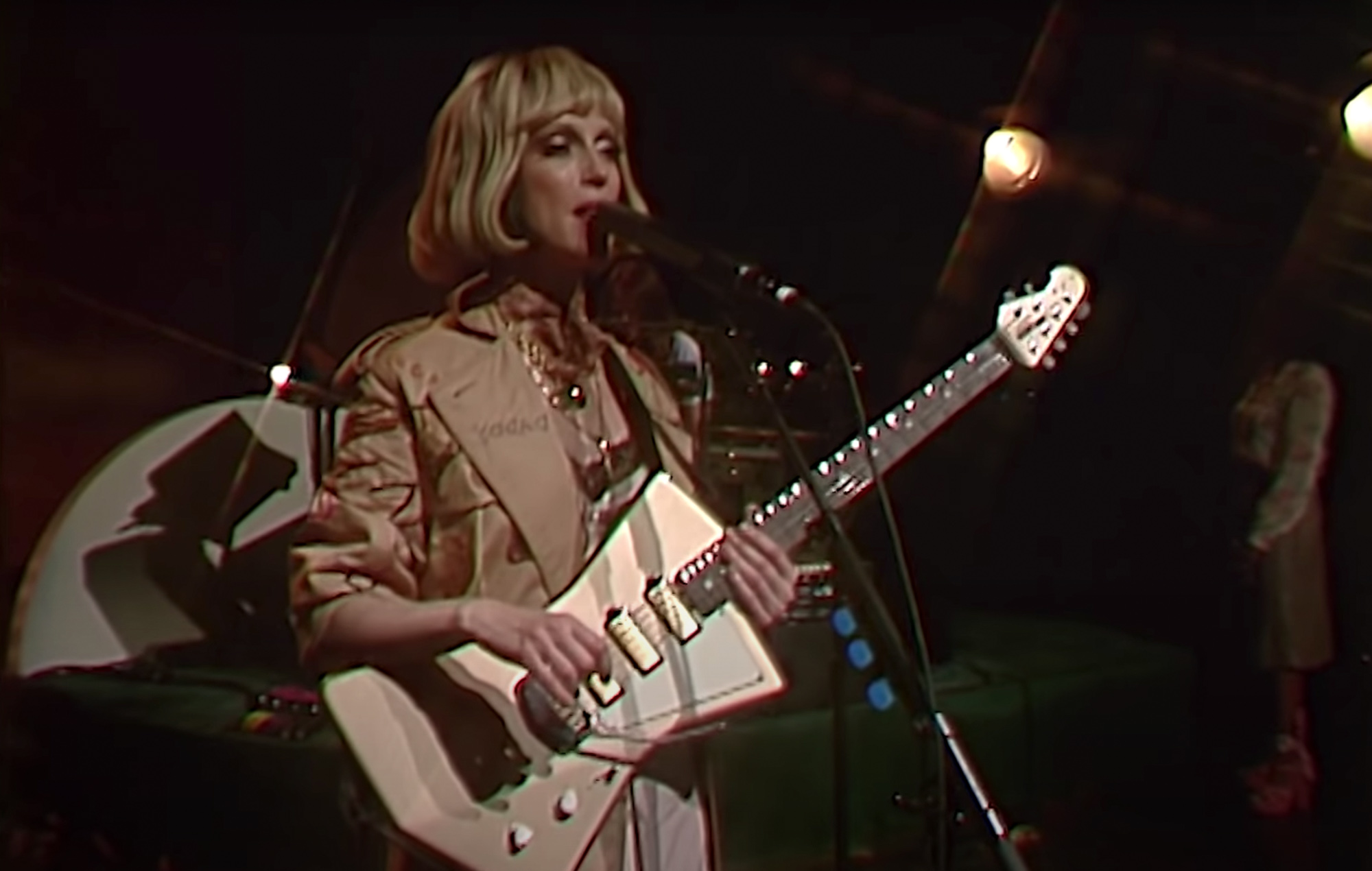 St. Vincent has made her latest late-night TV appearance performing ‘Down’ on The Tonight Show Starring Jimmy Fallon.

The singer, real name Annie Clark, performed the cut from her new album ‘Daddy’s Home’ with her newly-christened Down and Out Downtown Band, retaining the ’70s spark that defines her latest records’s production and concept.

The band appeared with a trio of back-up singers, vintage analogue synths, and plenty of era-appropriate fashion. Watch their performance below.

Clark has also announced US tour dates in support of ‘Daddy’s Home’. The singer will perform with her band at several marquee concerts and festival slots, including Pitchfork Music Festival 2021.

Several hours ago, Clark addressed her fans on Instagram, talking about the album’s release. “This record was such a joy to make. I learned so much in the process,” she wrote. “About deep time. Feel. Harmony. Playing. Singing. I hope you love it. And if you don’t, I hope you know I did my best and maybe the next one will be for you.”

Aside from future performances, Clark is also readying the release of her film The Nowhere Inn. Clark co-wrote, produced, and starred in the feature-length project alongside Sleater-Kinney‘s Carrie Brownstein. The Nowhere Inn is due for release in US cinemas and Apple TV+ on September 17.

In a four-star review, NME‘s El Hunt called ‘Daddy’s Home’ her “warmest album yet”, praising its sonic palette “influenced by Bowie and Sly and The Family Stone”.

Solange Becomes the First Black Woman to Compose Score for New York City Ballet
Will Smith’s Self-Imposed Exile Seems Over As He And Jada Pinkett Smith Go Out Publicly For First Time Since March
Russian Persecution is Driving Slaughter to Prevail to America
Billie Eilish Decided To Rate Her Fashion Over The Years, And Her Thoughts Range From ‘No Regrets’ To ‘Embarrassing’
$UICIDEBOY$ – 1000 BLUNTS (Lyric Video)