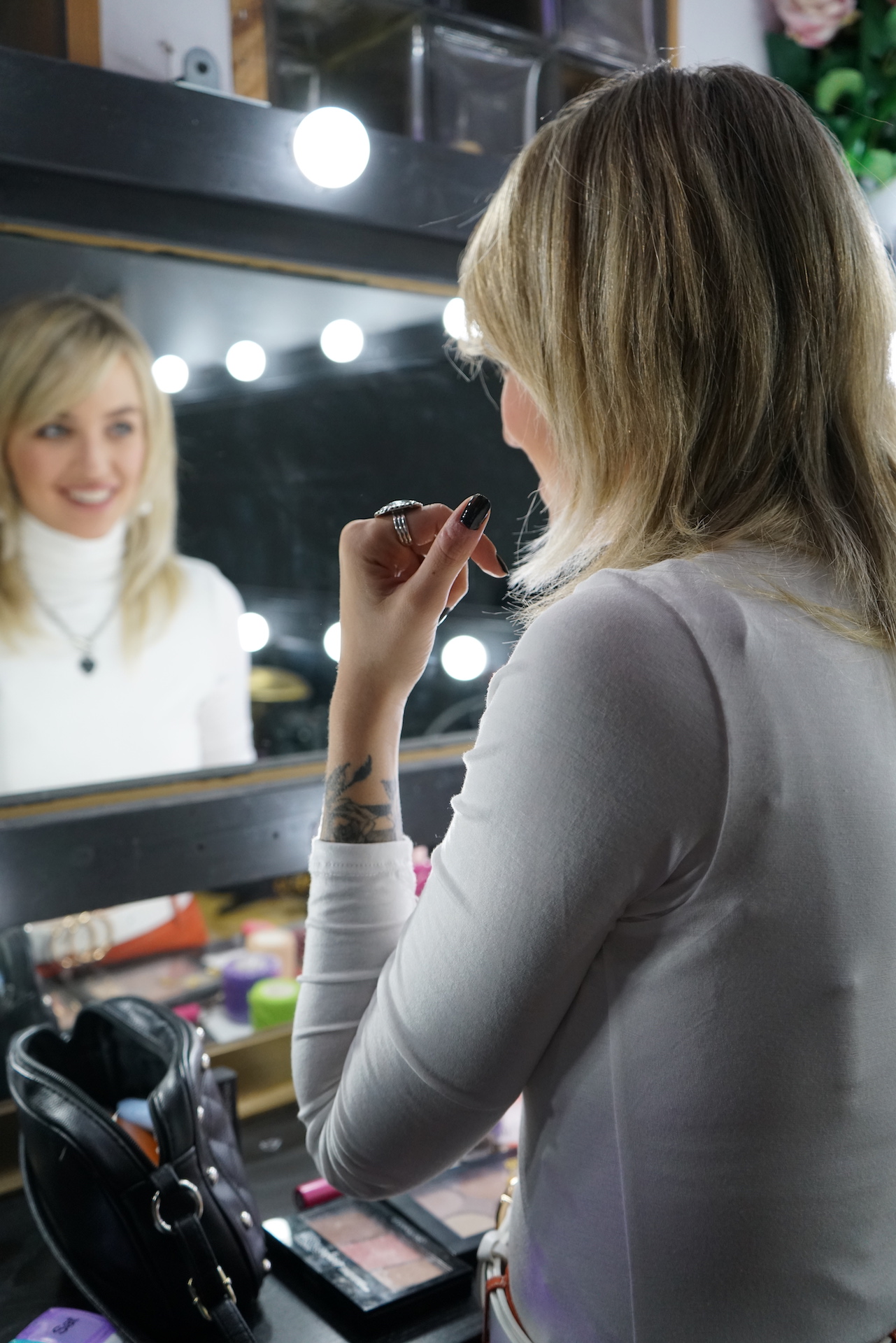 industry with her effervescent vocals and lighting up the world like

fireworks plunging into the night sky and shattering the darkness.

Embracing what she looks upon as destiny, April Rose Gabrielli

crushes her music to death with the weight of her devotion.

April Rose Gabrielli has traveled the world working with many bands

and performing to massive audiences, at times headlining. She is not

only an accomplished vocalist but a world class musician and a 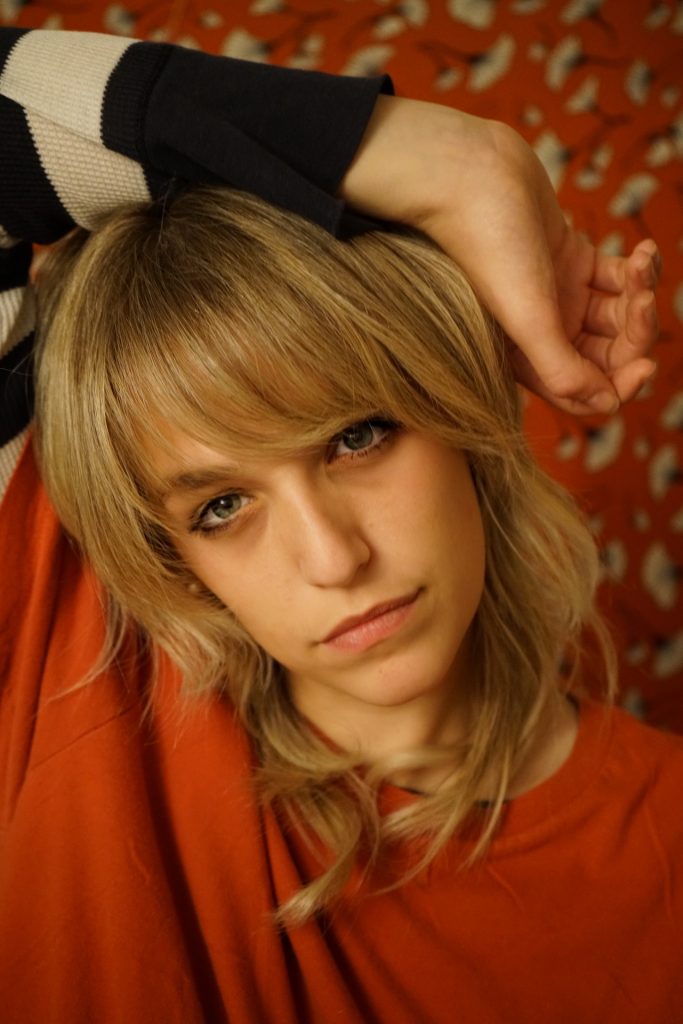 You began to delve into music at a very young age. What do you

think first inspired you to become interested in music?

play music while I was growing up. My first memories were with my

mom either playing piano or recording. She had a recording studio in

how to sing and the first songs that I learned were hers. That’s kind of

where it really started. I just always felt drawn to it. I never questioned

it, I just always did it and loved it.

So, do you feel that it was almost like your destiny?

This is crazy and I don’t know how to describe it, but yes, ever since I

on the table. I remember having this memory of me thinking that I just

to do something, but I didn’t know what. But since I was really little, I

was having those feelings. I don’t really know where they came from

and I thought everybody had those feelings. I only realized later that I

was a little bit more obsessive and focused than the average kid.

I know that you kind of sing all sorts of genres, but I feel that you

are especially a rocker chick.

Yeah… I think I’m a rocker by design. I like loud music, intense music,

intense feelings, but I also try to incorporate what I love about rock

my love for words and poetry in there too. With pop music, it’s often

about repetition so a listener can easily repeat and memorize the

song. With rock, you’re always trying to instill a feeling through big

While you were growing up who did you listen to on the radio?

My very first CD’s that I loved were P!nk’s ‘Missundaztood’ album,

*NSYNC’s ‘No Strings Attached’ and Britney Spears’ ‘Baby One More

harmonies on songs that I’m currently producing with my partner,

Led Zeppelin and Patti Smith. I love Patti, all the stuff, her poetry and

books … She’s still at it and I love her. I admire her so much, I’d really

like to do what she did with her career. I think that covers it.

There have been many moments that have been life changing for me:

when I first sat down at a piano and wrote my first song, when I first

sang on a stage, when I opened/produced my first original musical,

graduating college, playing venues I dreamt of playing… But I’d like to

say my life changed significantly in 2018 when I met Jacob Kulick,

did. I opened for his band KULICK at Amityville Music Hall in

Amityville, NY when I was the lead singer of ‘The Rose Monarch’ in

late 2018. We became fast friends, writing partners and eventually he

wasn’t happy with or couldn’t find my way around. I felt really stagnant

at the time and wanted to progress as a solo songwriter, performer

and producer. He helped me get really serious and straightforward

sufficient music machine. Not many people will willingly, without ego,

let another into their world of success like Jacob did for me, but I am

forever grateful that he was so authentically gracious to me. Our very

now we collaborate on almost every creative and business related

project that comes our way. After we wrote our song “Scatterbrain,” he

invited me on his first full-band, US/CA tour as a keyboard

player/backup singer, always gives me advice in terms of what

business and personal decisions to make and has really helped me

improve the strength of my character overall. I am also much healthier

since early 2019. I would be a much different person if our paths never

had crossed. I always hope that I can repay half of what he has

contributed to my life, spirit and career. We have a bond that can

never be topped, replaced or rivaled. 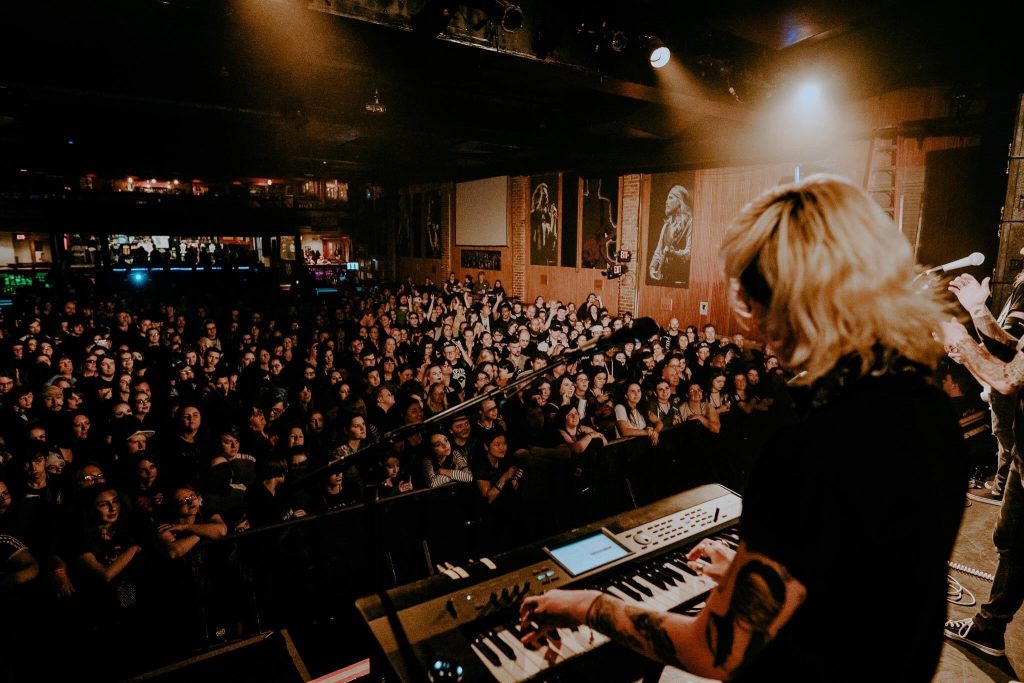 Where do you hope to be in 5 years?

more people than I am now, even if that’s just one more person. I

would like to just be better than I was five years before that. I would

like to just continually be better and keep up with the forward motion.

How did you become involved with BMG, because BMG is a big

I love that I get to tell the story, because it all sounds like a cheesy

movie. I had just returned from a great tour in the summer of 2019. It

was probably the biggest one I had ever been on at that point. So,

energy nature of real life in between gigs. I was home and a job I had

set up upon my return had fallen through. I had -5 dollars or so in my

play, something to do, anything to stay out of the house. I was really

me that they couldn’t play a gig that they were supposed to play. He

there.” I figured I would play a couple of songs to practice, meet a

couple of people and get the hell out. So, at this event I was

introduced to my beloved manager – CEO of MD25 Entertainment,

John Velasco. Although at the time to me, he was just “the really nice

sound guy,” at the event who I really hit it off with. I was so depressed

authentic humor… he continues to do the same today. In addition to

John, Kate Hyman who is my A&R at BMG was also there and my

lawyer Marc Jacobson was also in attendance. I basically met my

whole team in one night, at one of the lowest points of my life.

So…after the event, I kept up with John as I began to learn he was the

CEO of this amazing company, kept sending music, we met a few

times for coffee, he put me in touch with Kate and I met with her at the

BMG offices and the rest is history. I was signed to BMG in 2020 and

have been writing and producing songs, poems and art 24/7 since.

So how is it going with BMG?

It’s going very well! I have been making my rounds virtually meeting

the entire BMG team. I just got my first song placement for an

amazing documentary about women. Right now, I am preparing to

obsessively since 2019. I am very excited to do so in the coming 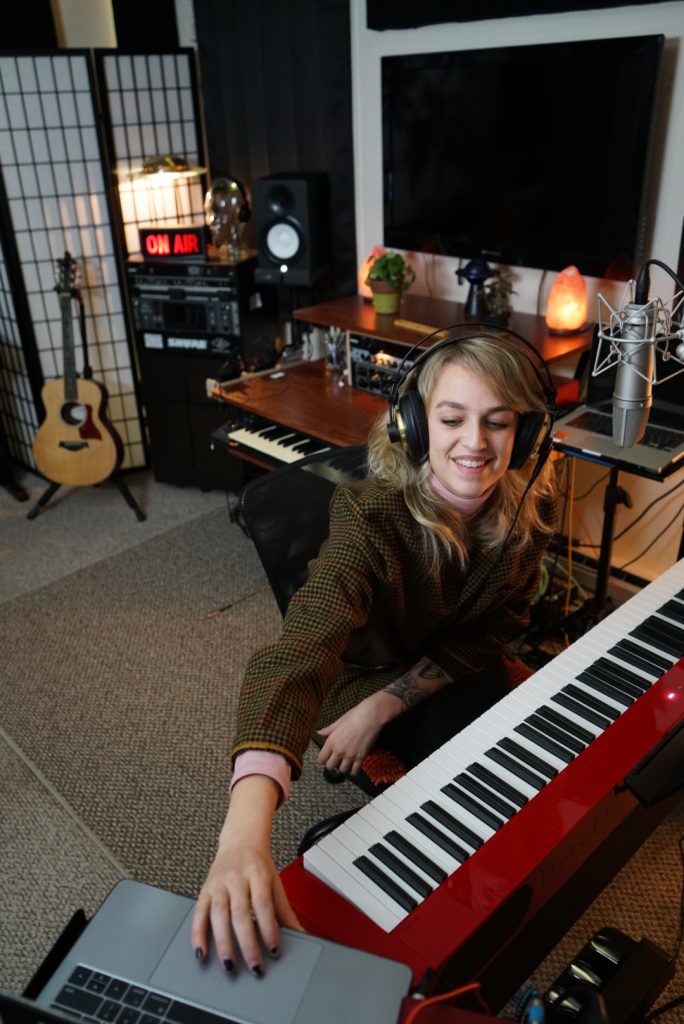