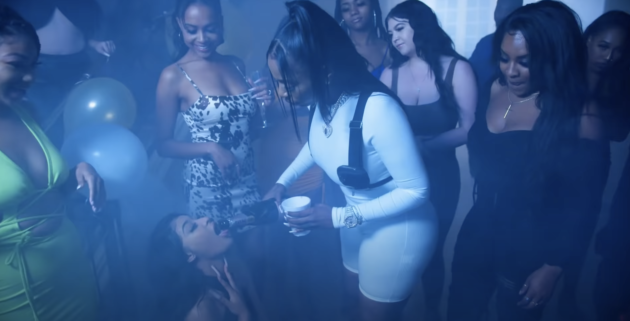 Sada Baby does it for the bad bitches in the trap on his new single featuring Big Sean and Hit-Boy.

For their 2011 high school reunion, Sada Baby and Big Sean trade savage verses over a techno-infused production by Hit-Boy at a lush mansion party.

“Sean was there one day while I was recording”, Sada Baby says while speaking with Zane Lowe on Apple Music 1. He continues, “I wanted him to hear a “Little While” and I let him hear it. And he never stopped asking me about the song to the point where he was just like, I’m going to put a verse on it”.