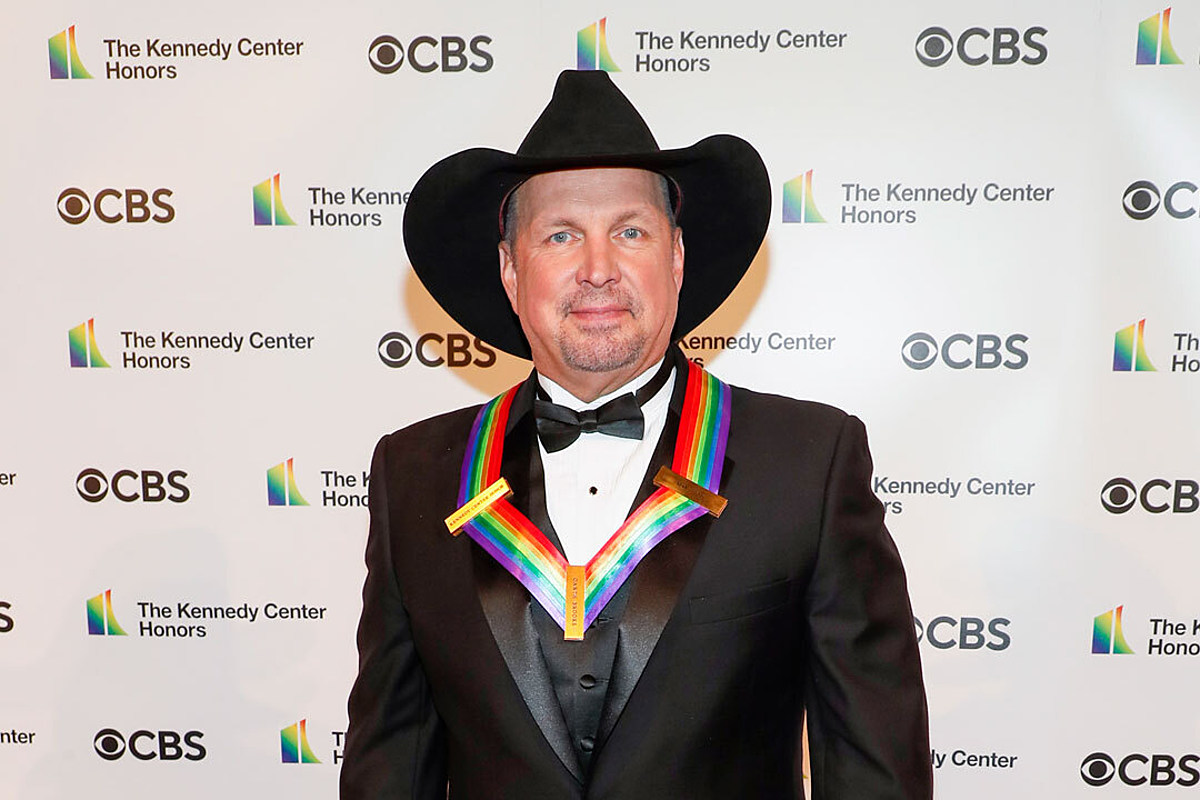 Garth Brooks turned to social media on Saturday (May 22) to share his excitement after receiving the Kennedy Center Honors.

The country superstar was one of the handful of artists who received the honors in 2021, alongside comic actor Dick Van Dyke, dancer, artist and choreographer Debbie Allen, singer-songwriter Joan Baez and violinist Midori. The recipients were honored on Friday night (May 21) at a medallion ceremony that had been delayed from December 2020 due to the COVID-19 pandemic.

Brooks made a self-deprecating joke during the ceremony, quipping, “I don’t mind being the weak link on the chain. I’m in the chain!”

He turned to social media afterward to share a picture of himself and his wife, Trisha Yearwood, with him proudly displaying his medallion around his neck. An additional photo shows them sharing a sweet kiss.

“To loosely quote Maya Angelou I stand here as one but I stand here for the people who have carried me to this point,” Brooks wrote to accompany the pictures, adding, “Grateful! love, g.”

“The Kennedy Center Honors serves as a moment to celebrate the remarkable artists who have spent their lives elevating the cultural history of our nation and world,” Kennedy Center Chairman David M. Rubenstein said in announcing the new honorees in January of 2021, adding that Brooks has “heightened country music’s profile like no other singer before him.”

The AP reports that the musical performances and tributes that are usually the highlight of the Kennedy Center Honors were split into two nights, with half of them taking place on Thursday and the other half on Saturday. Producers of the event also filmed tributes “all over campus,” Kennedy Center President Deborah Rutter Rutter tells reporters. All of those tributes and performances will be edited together for a television special that is slated to air on June 6 on CBS.