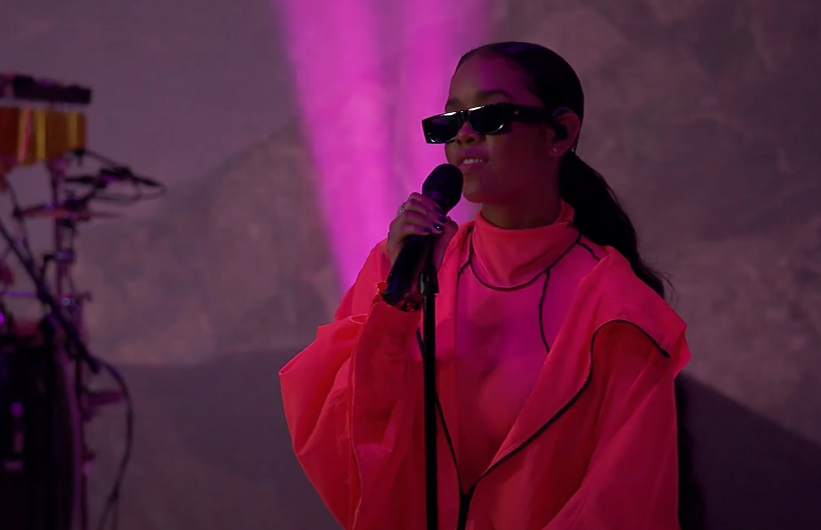 Last month, H.E.R. headlined the 20th Anniversary Honda Civic Tour via Live Nation’s Twitch channel. The Grammy and Oscar-winning singer/songwriter delivered a stirring performance with support from her band and background singers. In case you missed it – or if you want to revisit it — Rated R&B has teamed up with Honda to premiere H.E.R.’s performance of “Damage” from her set.

Released in fall 2020, “Damage” has easily become a fan-favorite. The Herb Alpert-sampled track entered the top 10 on R&B radio in April and currently rests at No. 2 with a high chance of securing the top spot.

According to Honda, a second tour stop is coming soon that will feature a “remix” of H.E.R.’s Civic Tour performance. More details are expected to be announced in the near future.

In other news, H.E.R. recently released her Chris Brown-assisted single “Come Through.” It will appear on her highly anticipated debut album, Back of My Mind, which will release later this year via MBK Entertainment/RCA Records. This year, she was spotted in the studio with R&B heavyweights Dallas Austin, Jermaine Dupri, and Bryan-Michael Cox.

She also contributed to two tracks on DJ Khaled’s Khaled Khaled album (“We Going Crazy” and “I Can Have It All”).