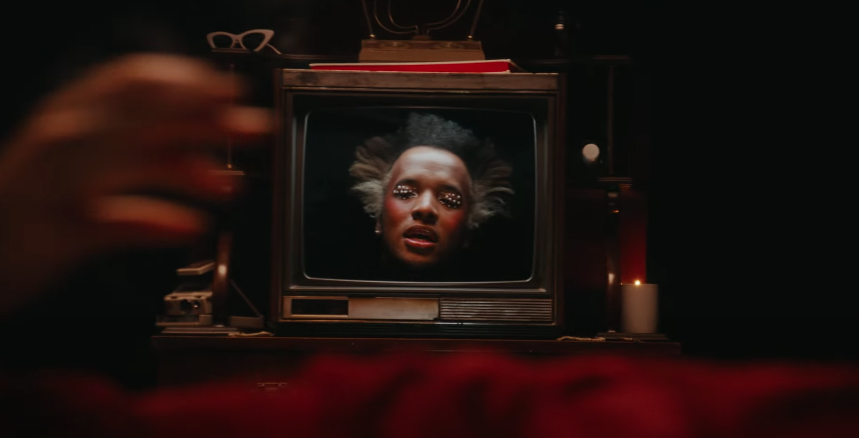 Cautious Clay takes a self-reflective approach in the official music video for his song “Wildfire.” The visual arrives just one week after the single went live.

In the vivid, Colin Read-directed video, Clay is glued to an antique television, watching a forest fire. As the video takes shape, he changes the channel, altering the reality. He now gazes on, locked inside the TV screen, to the emotional dynamics of several residents, including a queer couple and a wine-drinking lady in red, sharing this classic set. It’s not until comes across a young woman who holds the key to his freedom.

“It can feel like a struggle to be fully seen, and there’s anxiety around reinventing oneself to stay true to oneself. This video attempts to capture that collection of feelings — on display to the world, trying to put on the right face,” said Clay in a press release on the message of the video.

“Wildfire” is the latest release from Cautious Clay’s long-awaited debut album, Deadpan Love, out June 25th via The Orchard. The album will include previously released singles, “Karma & Friends,” “Dying In The Subtlety,” “Agreeable,” and “Roots.”