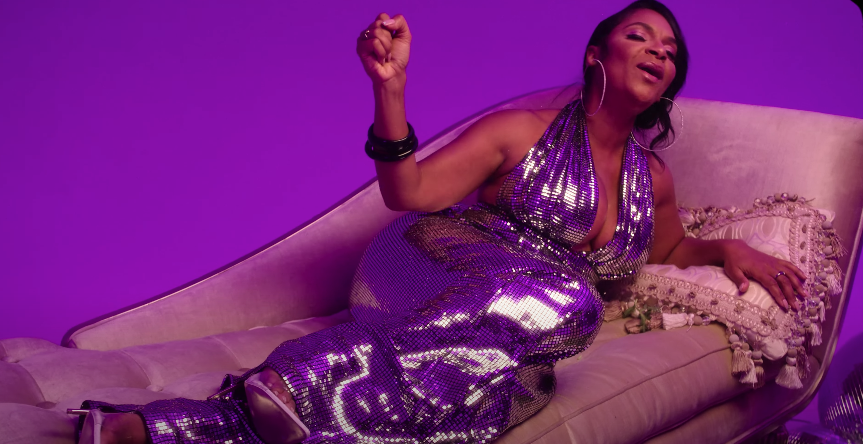 A week after debuting her new song “Make Me,” Teedra Moses has revealed its delicately colored video.

To bring the old school feel of the track to life, Moses takes direction in the straightforward video from brother and sister director duo Maxx & Madison. Moses is seen in different performance settings such as center stage with a live band and background vocalists, reminiscent of the ‘70s soundstages. A few glamour shots are thrown in as well.

“Make Me” is the second single from her upcoming project, The Bull$hit, set for a summer release. She previously released “Cashmere Compliments” as the first single in November 2020.

The Bull$hit will serve as the follow-up to her 2015 projects Clair Voyant and Cognac & Conversation.

Watch Teedra Moses’s new video for “Make Me” above.