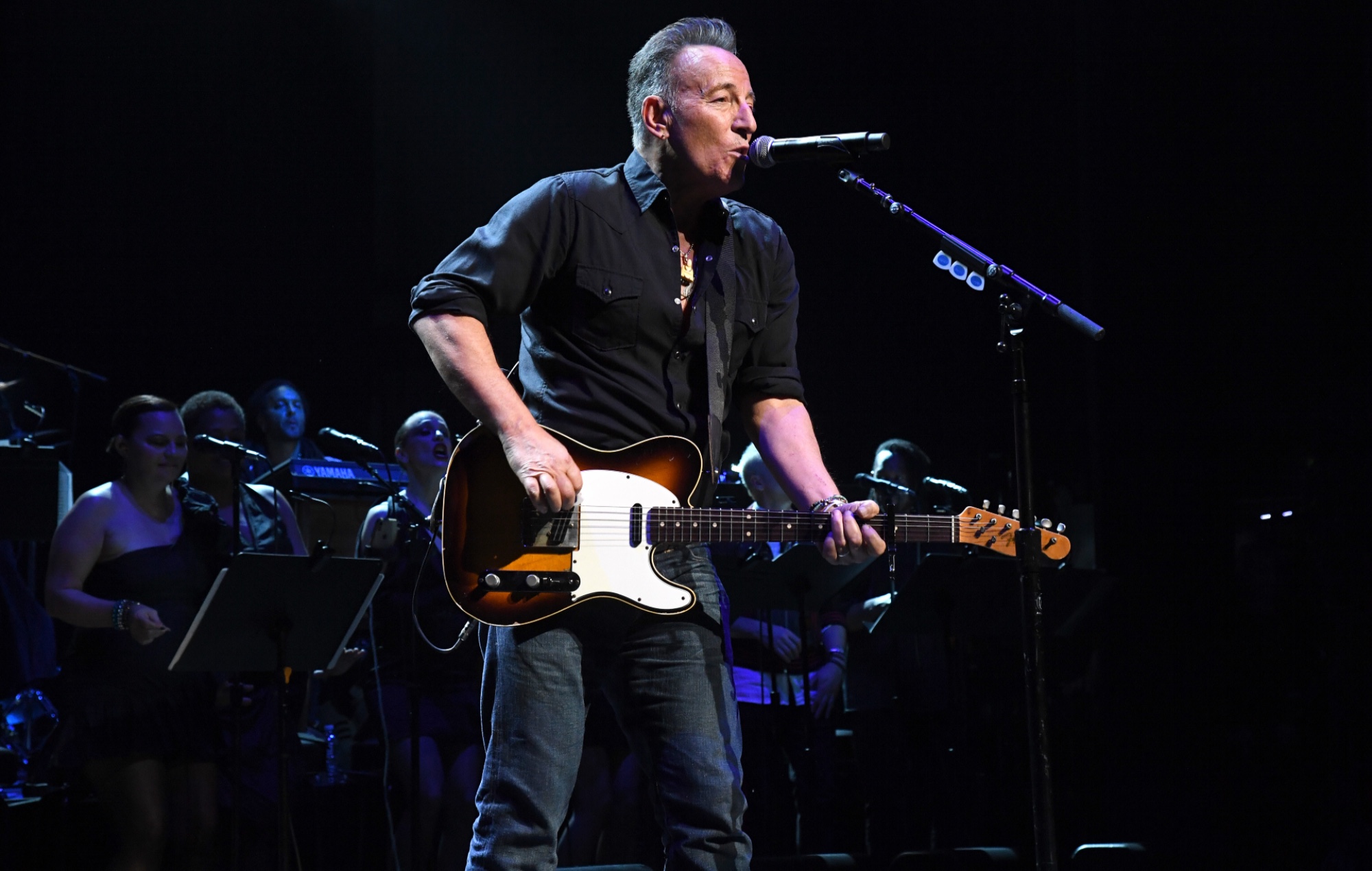 Bruce Springsteen has confirmed that he has a new record “coming out soon”.

Springsteen was speaking recently at an event where he became the eighth recipient of the Woody Guthrie Prize.

The award, which has been won previously by Pete Seeger, Joan Baez, John Mellencamp, Mavis Staples, Kris Kristofferson, Chuck D and Norman Lear, aims to honour an artist who speaks out for social justice in the way Guthrie did throughout his career.

At the event Springsteen spoke about the influence of California on his sound, at which point he revealed that the west coast state was central to his next record.

“California was an enormous influence on some of my most topical writing through my ‘90s, 2000s and even now,” Springsteen said. “We have a record coming out soon that’s set largely in the West.”

It will be his first release since 2020’s ‘Letter To You’, which followed on from 2019’s ‘Western Stars’, a nod to the music of the American West.

Elsewhere at the event, Springsteen delivered a speech praising both Guthrie and Bob Dylan, before reflecting on the influence of Guthrie on his own work.

Reflecting on the time he discovered Guthrie aged 28, Springsteen added: “I was going through a period in my life when I felt strangely hopeless…It wasn’t until I came across [Guthrie’s] work that I found that hope.”

He added that Guthrie’s work “laid out a blueprint as a to way to go about that that could set you off on figuring the rest out on your own journey.”

Guthrie’s “was the first music where I found a reflection of America that I believed to be true,” Springsteen continued. “Where I believed that the veils had been pulled off and what I was seeing was the real country that I live in and what was at stake for the people and citizenry who are my neighbours and friends.”

Guthrie has been one of Springsteen’s frequent influences, and the latter previously explained how his 1995 hit ‘The Ghost of Tom Joad’ was directly inspired by Guthrie’s ‘The Ballad of Tom Joad’.

He has also covered songs such as ‘This Land is Your Land’, ‘I Ain’t Got No Home’ and ‘Blowin’ Down The Road’ during his live performances.

Recently, Nick Jonas said it would be his “dream” to portray Springsteen in a movie about The Boss’ life.