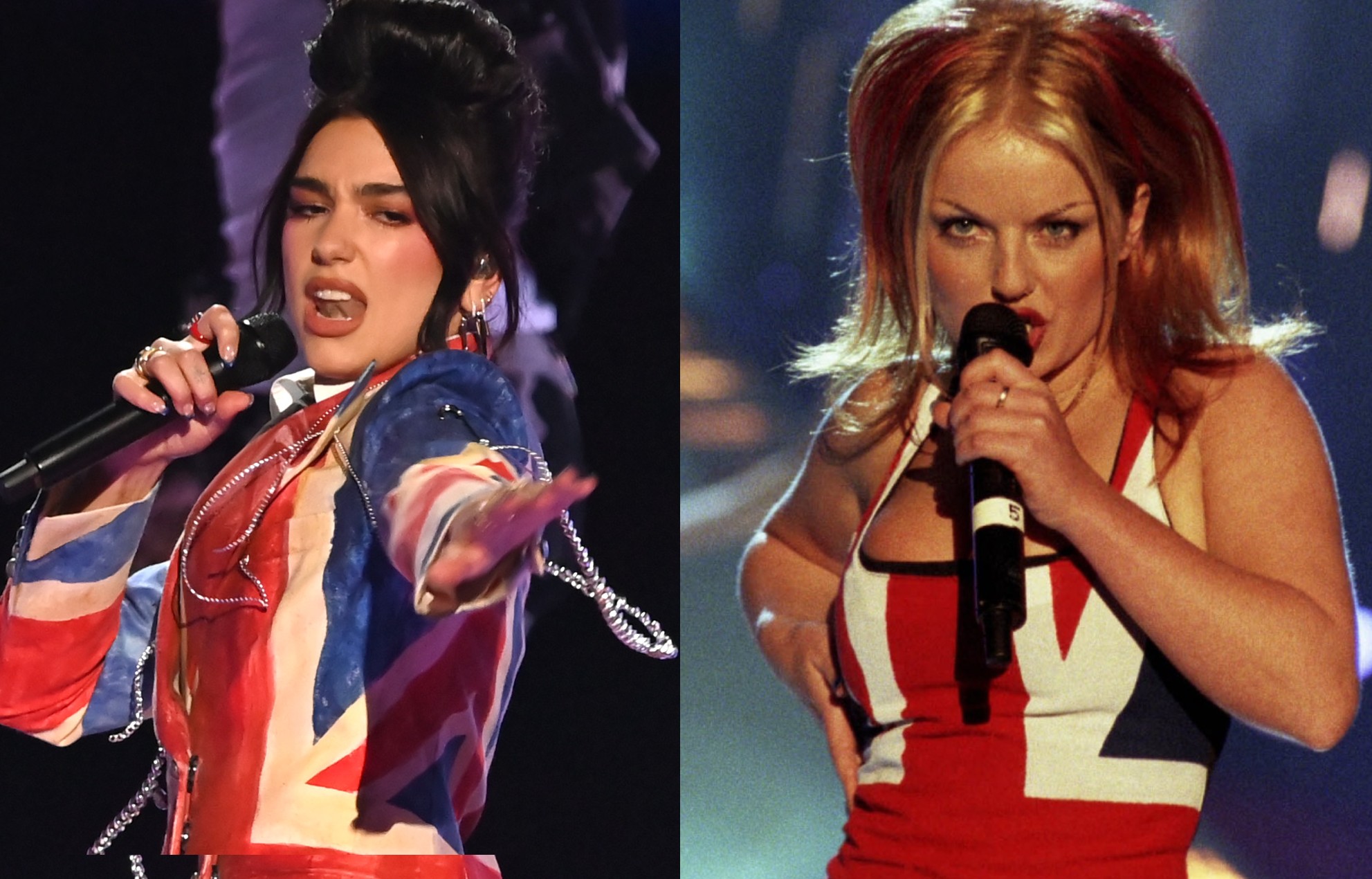 Horner, aka Ginger Spice, famously wore a Union Jack dress at the 1997 BRIT Awards when the group picked up awards for Best British Single and Video.

In her appearance at the 2021 BRITs on Tuesday (May 11), Lipa appeared to nod to Horner’s outfit with a new spin on her own Union Jack inspired outfit.

“Wow @dualipa you wore it well!” Horner wrote on Instagram yesterday (May 12). “Girl power! Loved the outfit and the performance @dualipa.”

Horner opened up about the creation of her 1997 outfit in another post, writing: “Trust yourself. … this dress is a reminder to follow your instincts and be yourself.

“24 years ago I had an idea – to wear a Union Jack to celebrate The Brit Awards.
Despite the doubts, I trusted my instincts and wore it anyway. All these years later to see it worn by a fellow sister is so special…#girlpower P.S. it was £5 tea towel on a Gucci dress.”

During their acceptance speech, Little Mix thanked the Spice Girls along with a number of other all-female groups.

“The fact that a girl band has never won this award really does speak volumes. This award isn’t just for us, it’s for The Spice Girls, Sugababes, All Saints, Girls Aloud – all of the incredible, incredible female bands – this one’s for you.”

Dua Lipa opened the BRIT awards alongside Coldplay who delivered a performance of their new single, ‘Higher Power’ on the River Thames.

Lipa picked up awards for Best British Female and Best Album. In her speech for the former, Lipa dedicate part of her award to nurse Dame Elizabeth Anionwu and called on Prime Minister Boris Johnson to increase pay for nurses.