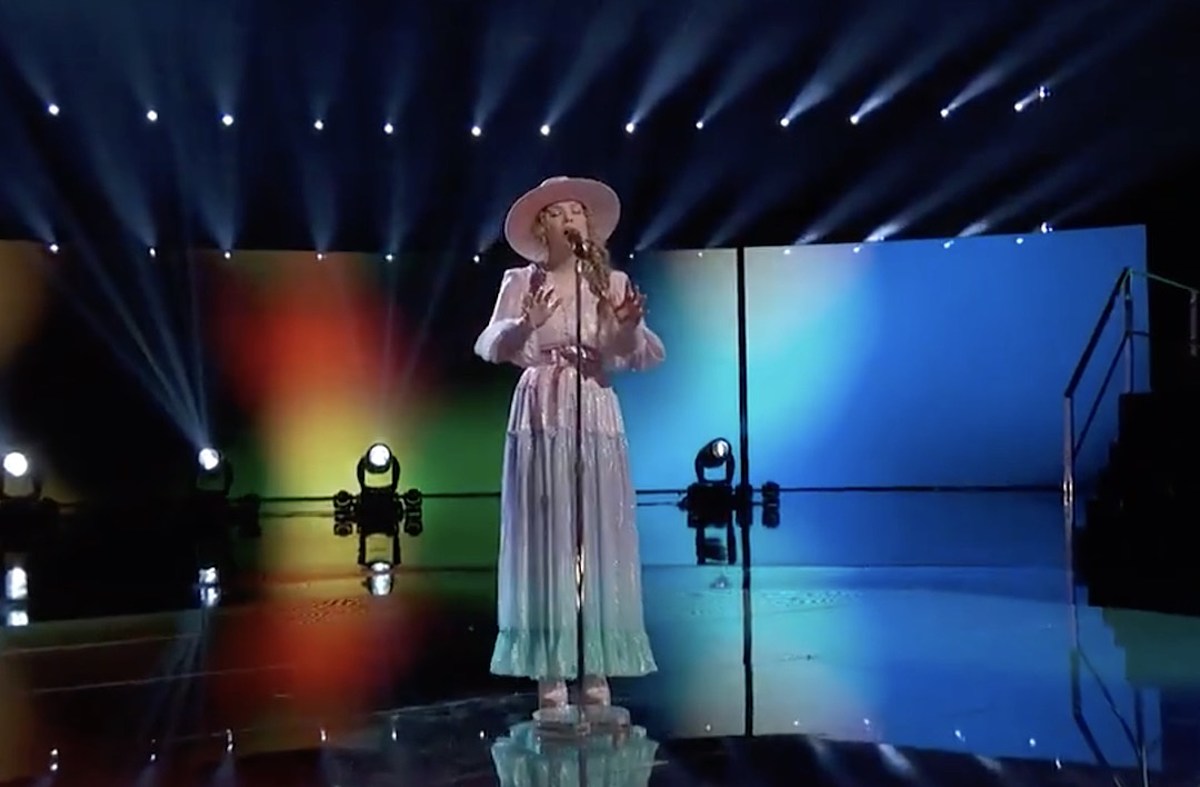 During the first episode of live performances of The Voice‘s Season 20 on Monday night (May 10), contestant Rachel Mac impressed all four coaches with her rendition of Kacey Musgraves‘ ethereal “Rainbow.”

The singer, who is on Team Nick Jonas, has made a name for herself on the show thus far with her soul-baring covers of songs by Elton John, Patty Griffin and more beloved singer-songwriters. On Monday night, Mac proved once again that she deserves to be in the show’s Top 17, infusing subtle emotion and maturity into her version of “Rainbow,” a ballad off of Musgraves’ 2018 album, Golden Hour.

Mac earned praise from all four coaches for her performance, with Blake Shelton even admitting that Team Nick had brought some serious competition to the table. For his part, Jonas complimented the contestant’s artistic growth, saying he can’t wait to hear more from her as this season’s live performances continue.

The Voice hopeful was one of the only contestants to select a country song on Monday night’s episode; also dipping into the genre for his performance was Kenzie Wheeler, a staunch country traditionalist on Team Kelly Clarkson, who appeared earlier in the episode with his rendition of Brooks & Dunn’s “Red Dirt Road.”

Monday night’s episode featured live performances from the Top 17 contestants remaining on this season of the show. Fans can vote for their favorite artists through Tuesday morning (May 11) at 7AM ET. The Voice airs on Monday and Tuesday nights on NBC at 8PM ET.

The Voice Stars, Then + Now: