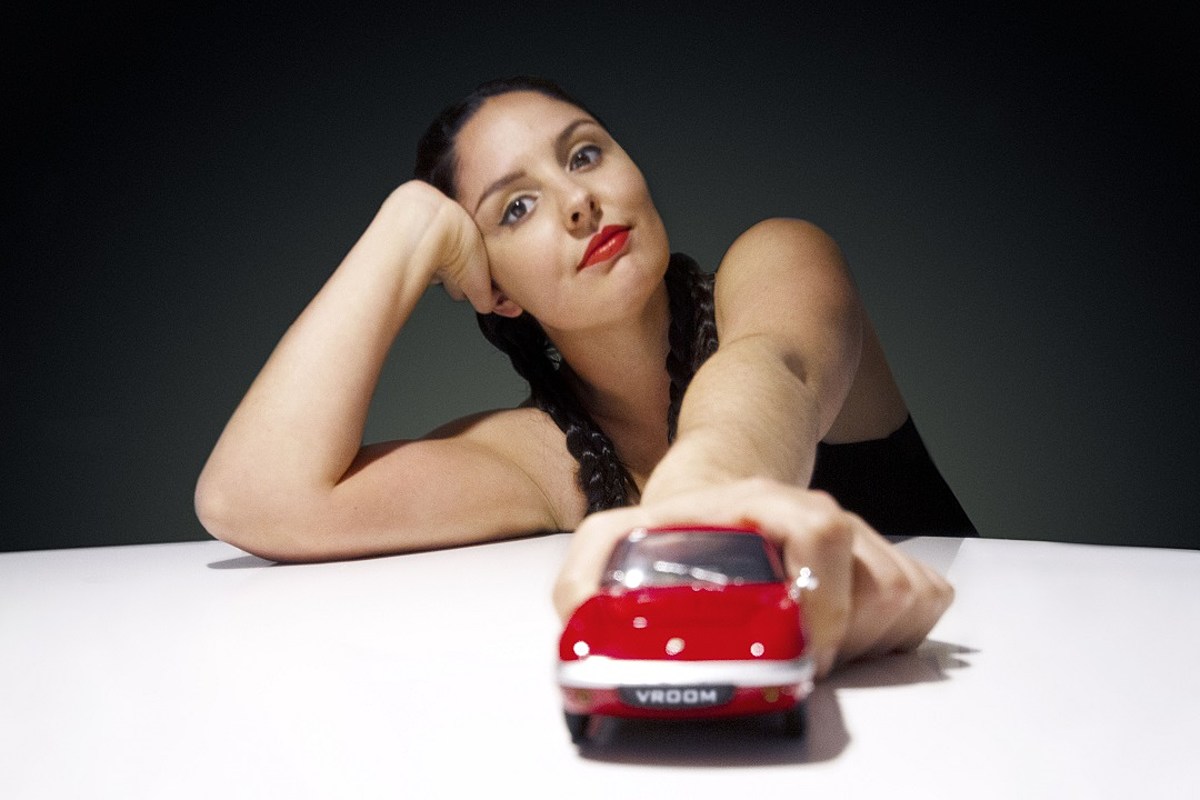 Maddie Ross captures the emotional rush of falling for a crush on her sugary new single “Vroom Vroom.” As the title implies, it’s the sort of infectious bop you won’t be able to resist singing along with when it comes on in the car.

“I gotta let you know, baby / I like the vroom vroom,” she coyly admits to her crush over vibrant production reminiscent of Robyn and Carly Rae Jepsen. The lyrics are just suggestive enough to raise eyebrows—and that’s intentional.

The independent pop artist, who drew critical praise in for her ’90s and ’00s rom-com-inspired album, Never Have I Ever, in 2019, crafted the song alongside co-writer and producer Brian Robert Jones of Vampire Weekend.

The track also marks a shift in Ross’ career. “This is the first song I’ve put out in a long time. It actually represents a lot of firsts,” Ross shared. “It was my first time co-writing with somebody other than my partner in about 8 years, it was my first time writing about a new crush as an out queer person, [and] my first time leaning into my pop instincts and letting go of genre.”

So, how did the love-drunk bop come together? Easily, as it turns out. “Brian (the producer/co-writer) is one of my best friends, and I was over at his house talking to him about a ginormous crush I had on a cute girl whose show we were going to see later that night.”

That’s when the magic happened: “He played a riff I really liked, and the rest of the song just poured out of me and came together in one single writing session. Sometimes writing a song is grueling and time consuming and very much a long process, but this wasn’t one of those times!”

Ross adds that “Vroom Vroom” is only a taste of things to come. “This song felt so free and easy, and so me. I’m stoked to be putting it out first in this new era of Maddie Ross music.”