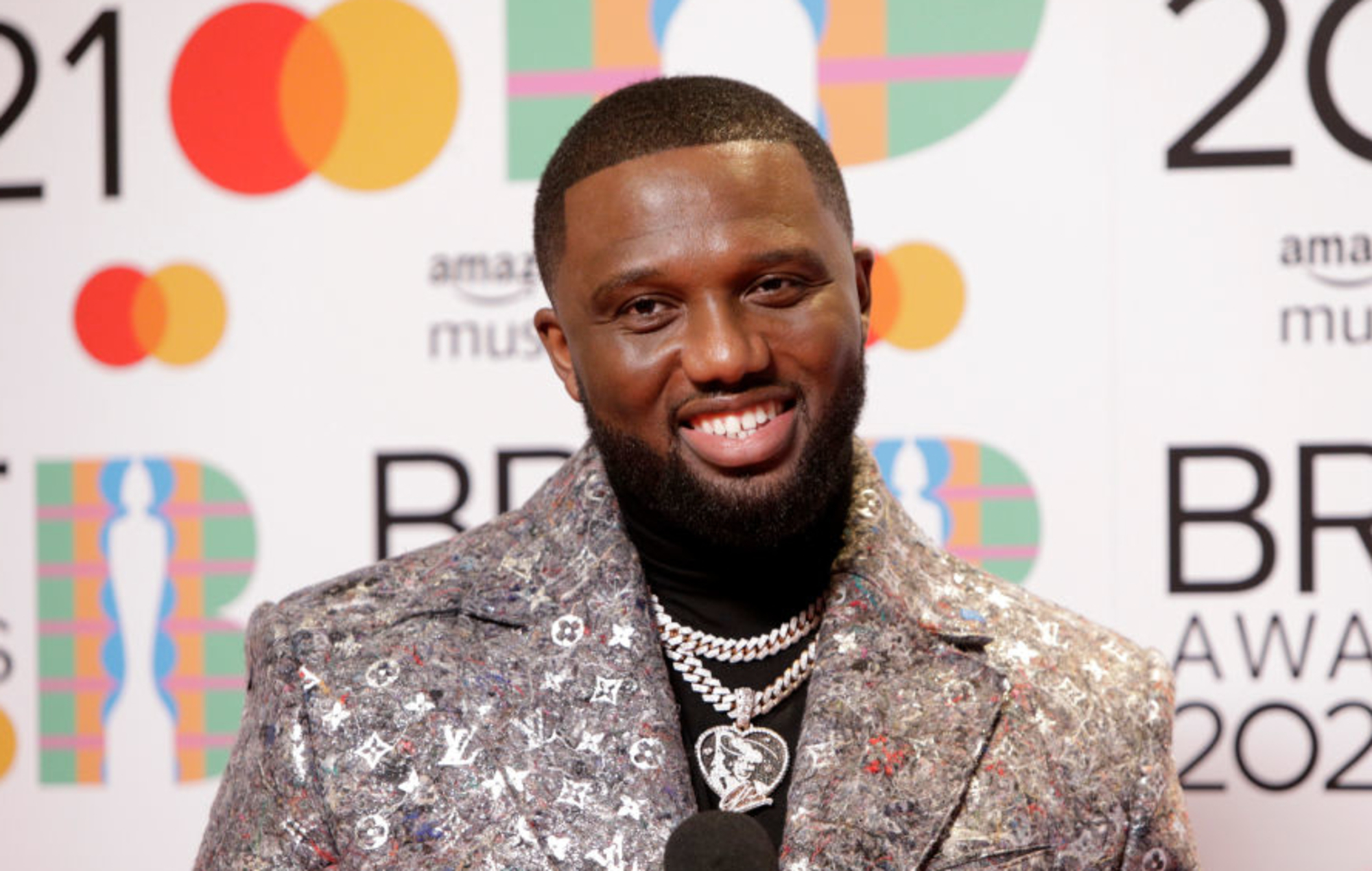 Headie One delivered a powerful performance of his hit ‘Ain’t It Different’ at tonight’s (May 11) BRIT Awards – you can watch a snippet below.

Joined by AJ Tracey, one of the track’s two guest stars (the other being Stormzy), Headie performed inside a a box designed by Virgil Abloh featuring smeared newspaper clippings highlighted in the colours of the Ghana flag, representing Headie’s heritage.

Headie, who was nominated this year for British Male Solo Artist, used the performance to speak out against the negative and racist stereotypes associated with drill music, including a number of media sound bites that talk down on the genre.

As Stormzy was not on hand to perform, Headie and Tracey went back and forth during the ‘Shut Up’ rapper’s verse referencing various social issues, ranging from Marcus Ashford’s philanthropic efforts (“The government is saying eat out to help out but won’t help out Rashford when he’s feeding the youths“) to COVID-19 key workers (“Team work keeps the dream working. It’s only right we show love to the key workers“).

You can watch a snippet of the performance below:

Headie One no palco do #BRITs pic.twitter.com/2qARiRYmvy

Headie was wearing a custom Louis Vuitton tracksuit also designed by Virgil, who said of working with Headie: “Supporting next generation’s talent is a part of my ethos. Watching Headie One build his career in music while being a voice of evolution makes his art practice important in contemporary art.”

The performance was put together in collaboration with Bronski and Amber Rimell, the creative directors who spearheaded Stormzy’s Glastonbury performance and have previously worked with the likes of Jess Glynne, Mabel and Dave.

Earlier in the evening, Little Mix made BRITs history by wining the Best British Group award.

The group became the first British female group in history to win the award and used their speech to thank “all the incredible female bands” in the industry, both past and present.

Elsewhere, Dua Lipa used her BRIT Awards acceptance speech to call out Boris Johnson‘s 1 per cent pay rise for nurses in the UK.

The BRITs were opened by Lipa and Coldplay, who delivered a performance of their new single, ‘Higher Power’ on the River Thames.

Chris Martin and co. opened the ceremony with a lively performance that began with fireworks and featured dancing holograms. The group performed on a specially constructed riverboat stage on the Thames which overlooked the O2 Arena where the awards were being held.

You can follow the event live on our rolling blog here.

FLO Releases ‘Summertime’ Video
In The Dark Season 4 Episode 9 Review: Center of Gravity
3LW’s Kiely Williams on Lawsuit Against Taylor Swift: ‘It Has Nothing to Do With Me’
Footage of Sacred Reich’s Hard Rock Festival Performance Now Available
Video: Roc Marciano, The Alchemist “Deja Vu”