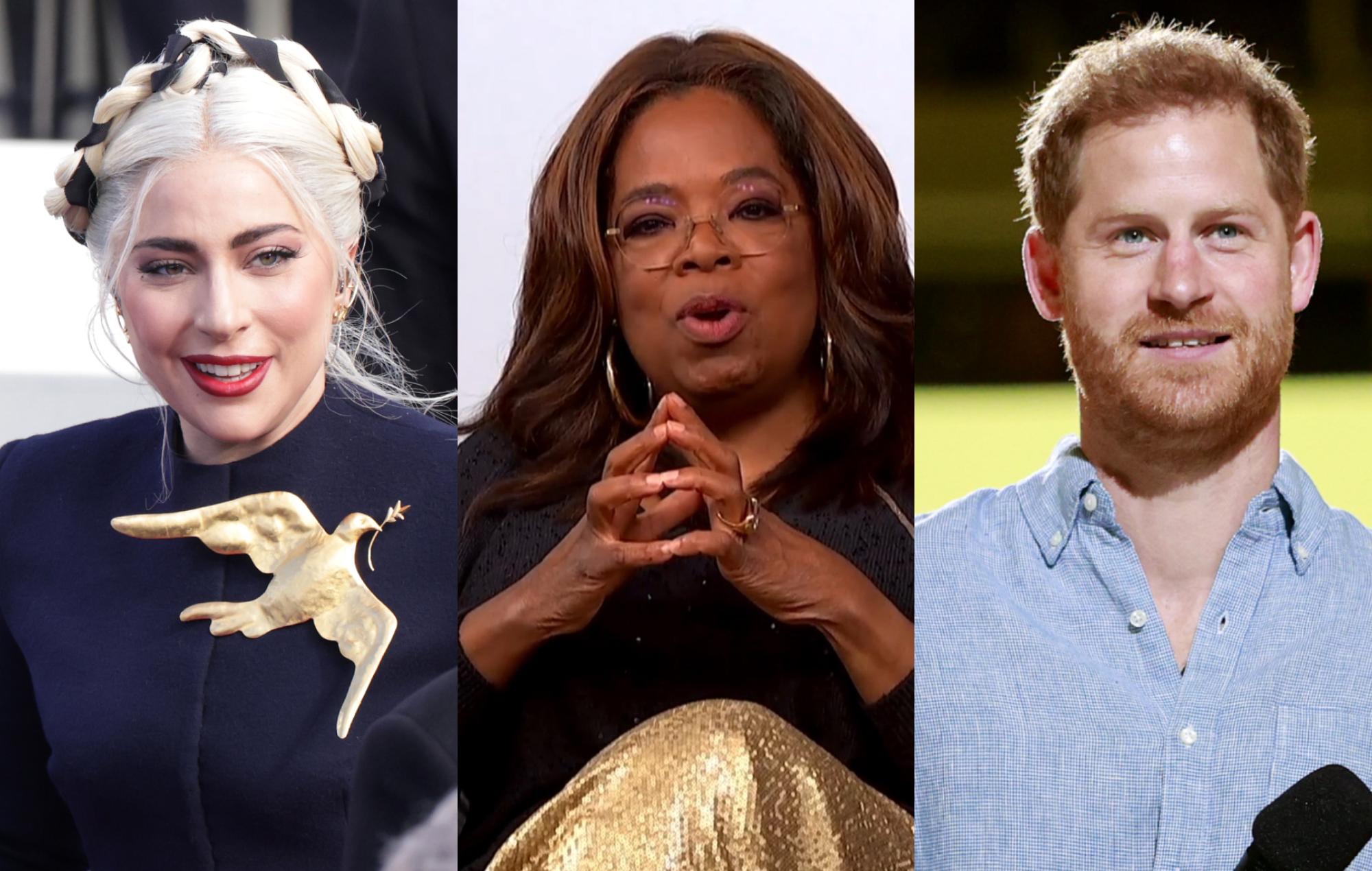 Lady Gaga has been confirmed as a guest on Oprah Winfrey and Prince Harry’s new TV series, The Me You Can’t See.

The docu-series, which will air from May 21 on Apple TV+, sees Winfrey and Prince Harry talk to guests about their experiences with mental health. Gaga joins Glenn Close, NBA player DeMar DeRozan, and others in appearing in different episodes.

Per Huffington Post, Winfrey said: “Now more than ever, there is an immediate need to replace the shame surrounding mental health with wisdom, compassion, and honesty. Our series aims to spark that global conversation.”

Prince Harry said: “We are born into different lives, brought up in different environments, and as a result are exposed to different experiences, but our shared experience is that we are all human.”

He added: “The majority of us carry some form of unresolved trauma, loss, or grief, which feels – and is – very personal. Yet the last year has shown us that we are all in this together, and my hope is that this series will show there is power in vulnerability, connection in empathy, and strength in honesty.”

The documentary series had been set to premiere in 2020 but stalled due to the coronavirus pandemic. Apple TV+ said in a statement [via HuffPost] that the project aims to “destigmatise a highly misunderstood subject and give hope to viewers to learn that they are not alone.

In other news, police in Los Angeles have said that the suspects who are accused of taking two of Lady Gaga’s bulldogs and shooting her dog walker earlier this year did not know that the pets belonged to the singer.