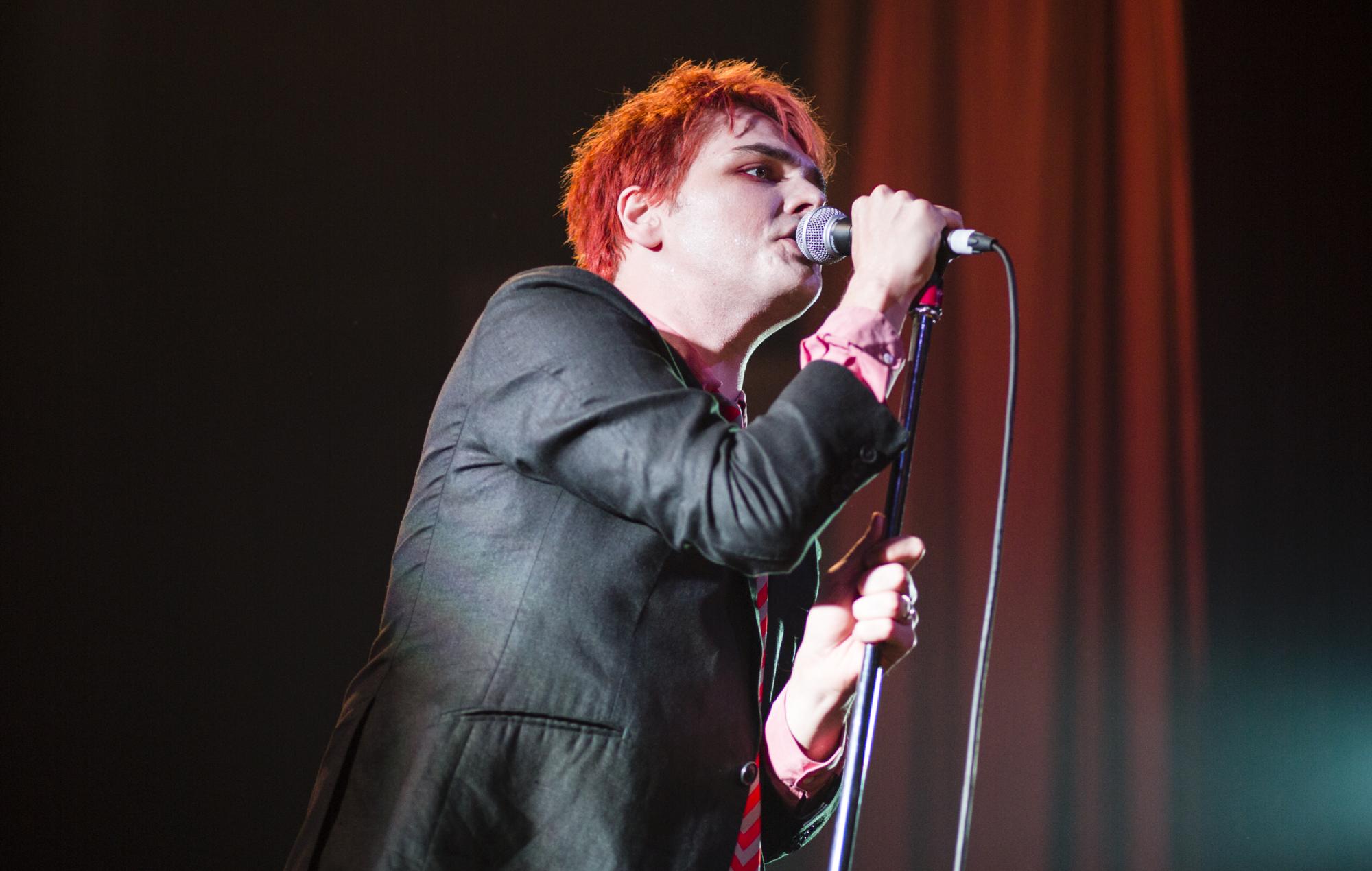 My Chemical Romance frontman Gerard Way has said the band’s 2019 reunion show in Los Angeles was the “most fun” he’s ever had playing with them.

The emo icons played their first show in almost eight years on December 20, 2019 at the Shrine Auditorium & Expo Hall in Los Angeles, grossing a record $1.5million – the most in the venue’s history.

Speaking in a new interview, which you can watch below, Way talked about how he purposely relinquished control during the performance and how it resulted in one of his favourite ever gigs.

“That was definitely the most fun I’ve ever had playing on stage with My Chemical Romance, for sure,” Way told Aiden Gallagher as part of a multi-episode discussion. “Something that I tried to do, and this was conscious, was relinquish some control. I think about control a lot, and in the years since the band broke up I’ve really examined control in all of its forms.

“My goal at The Shrine was not to direct the audience to do anything. To let them do what they naturally wanted to do. It became less of working a crowd, as they say, or being an entertainer.”

He continued: “If I moved my hand, it was because I wanted to do it. I wasn’t trying to get the audience to wave their hands and stuff. I was just performing.

“To me, the new version of My Chemical Romance and the way I want to go about it is exercising less control.”

Meanwhile, My Chemical Romance have moved their 2021 tour dates to 2022 due to the ongoing coronavirus pandemic.

The band said in a statement that they are “deeply sad” to reschedule their touring plans. “But those emotions are only a fraction of the depth of feeling we have all experienced watching the suffering and loss of the past year. We just want to be as sure as we can be that everyone is safe.”

All tickets will be honoured for the new dates and refunds are available at point of purchase.