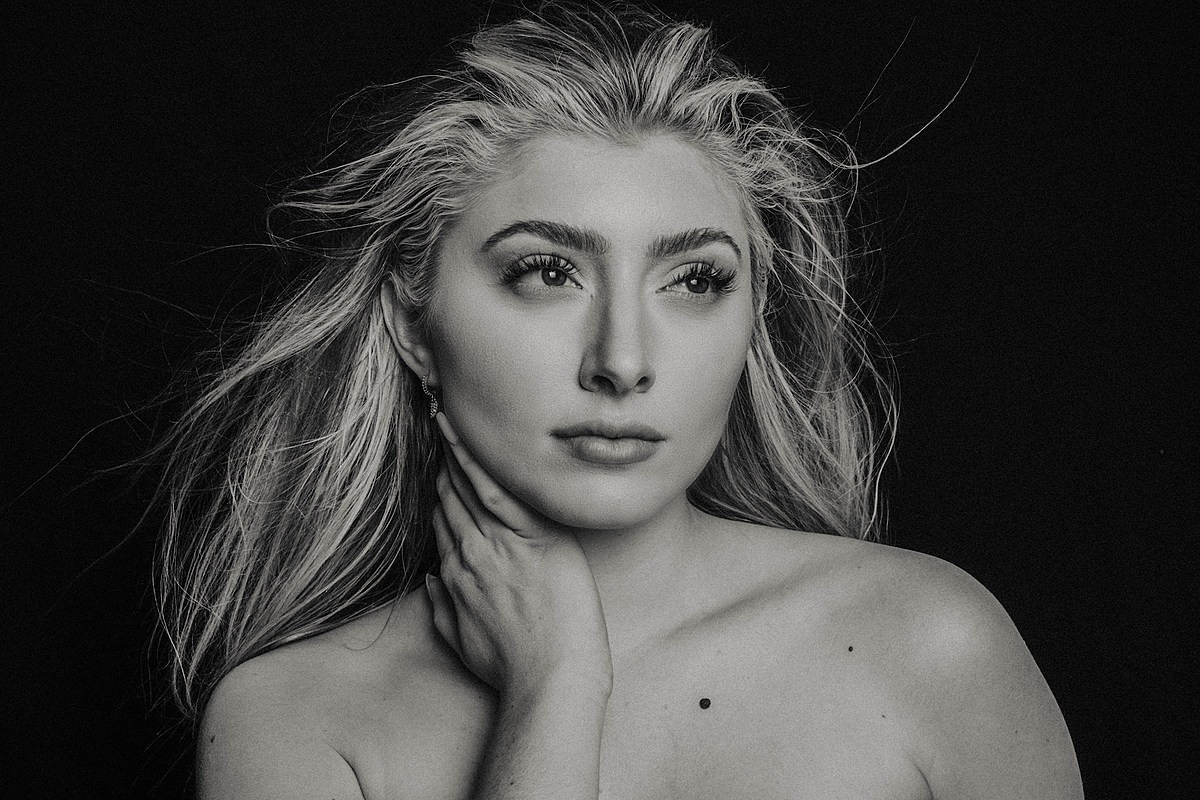 If there’s a reason Electra Mustaine doesn’t make the same type of music as her dad, Megadeth‘s Dave Mustaine, it’s because she’s just as strong-willed as him.

That decisiveness comes through in “Evergreen,” Electra’s debut single as a pop artist that follows her dalliances with country music and, before that, stage acting. Sure, the 23-year-old singer has rocked out onstage with her father in the past. But the up-to-the-minute modern pop sheen of “Evergreen” doesn’t come anywhere close to heavy metal. And that’s by design.

Down near the bottom of this post, hear Electra’s sonic rebirth in a 3D visualizer made by industrial rocker Trace Amount — it appears here exclusively before the release of “Evergreen” on Friday (April 30).

Electra’s had quite the journey to get to this moment. Megadeth buffs keeping up on the Mustaine family’s musical activities might recall the daughter’s 2016 country song, “Life Is Good.” It followed her cover of her dad’s Youthanasia cut “I Thought I Knew It All.” But a full album of Electra’s country songs never came out, and now, the reason why has been uncovered.

“I was never really satisfied with anything that I did,” Electra tells Loudwire of the music she tackled after first moving to Nashville with her family when she was 16.

Going further back, even just trying out music was initially a hard sell for the singer who didn’t want to build a career solely in her father’s shadow. But the creative muse of music eventually turned her, and, if anything, the winding journey so far seems to underscore her drive to present her authentic self.

“We’re all very independent as individuals in our family,” Electra reveals. “We all have that little rebellious streak about us. Early on, I was like, ‘I don’t want to be like you; I want to be my own person. I don’t want to make music because that’s who you are.’ I tried to step away from the identity that was my father’s by doing something opposite, but still kind of in the same world, with acting.”

But drama led to country, which, after Music City, led back to California, the singer’s home state. Then, these past few years have found her honing in on the kind of artist she wants to be as an adult.

True to Electra’s independent spirit, that means clearing the air in the very first verse of “Evergreen.” There, she drops the lyrical anecdote, “Daddy doesn’t think I’m on top of it / I’ve got other things to do.”

“I was working for [Dave] on a couple of things with his business and whatnot,” Electra explains of the line’s sincerity. “And he is a hard man to please, that’s for sure. So, yeah, I mean, he didn’t think I was on top of it. Or he would always ask me, ‘What are you doing with this music?’ But I always kept my music kind of separate from him because I wanted it to be pure. I didn’t want anybody to question his involvement in it.”

Before now, that led to more covert operations such as a moody cover of Radiohead’s “Creep” performed alongside Lily Cornell Silver, the eldest daughter of late Soundgarden frontman Chris Cornell. The pair’s virtual collaborative version cropped up on YouTube last year, quietly, though its suggestion that Electra could go the rock route was unmissable.

But, while she admits that an early demo of “Evergreen” had some big, distorted guitars that ended up not working out in the long run, chasing a sound that isn’t 100 percent Electra just wouldn’t ring true.

“‘Evergreen’ really is something that kind of explains a lot about who I am as an artist and is almost like a coming-of-age for me,” the singer says. “I’ve spent a lot of time trying to discover my sound and what I want to say and who I am in the creative world, and this song was kind of my frustration in figuring that out. So I felt like it was best to lead with that and try to explain who I am to fans or listeners who maybe have been waiting to figure out who that is exactly.”

Whatever kind of music Electra makes, however, one could likely surmise that she’ll always have a fan in her father. Even if her father just so happens to be one of the world’s premier metal musicians. So what does Dave think of “Evergreen”?

“He really likes it,” Electra confirms. “He’s really proud of me. He supports me in a lot of things that I do, but we definitely are two different artists in the same family. So there’s a little back and forth, but we respect each other. We get each other’s input if we need it, but you know, it’s like, grain of salt.”

That said, one thing a Megadeth fan reading might wonder is the frame of reference Dave has for judging his daughter’s songs. Does the veteran metalhead listen to a lot of pop music?

“No, he really doesn’t,” Electra responds. “He comes at it more sonically, from a production angle. And his ear there is really, really fantastic. We both listen for little nuggets and things many listers might never notice — he’ll give me notes on things like that. But the rest of it? No, no, no.”

For fans of each, it’s probably for the best that daughter and dad maintain some degree of separation as musical artists. But either way, there’s clearly something special in that Mustaine DNA.